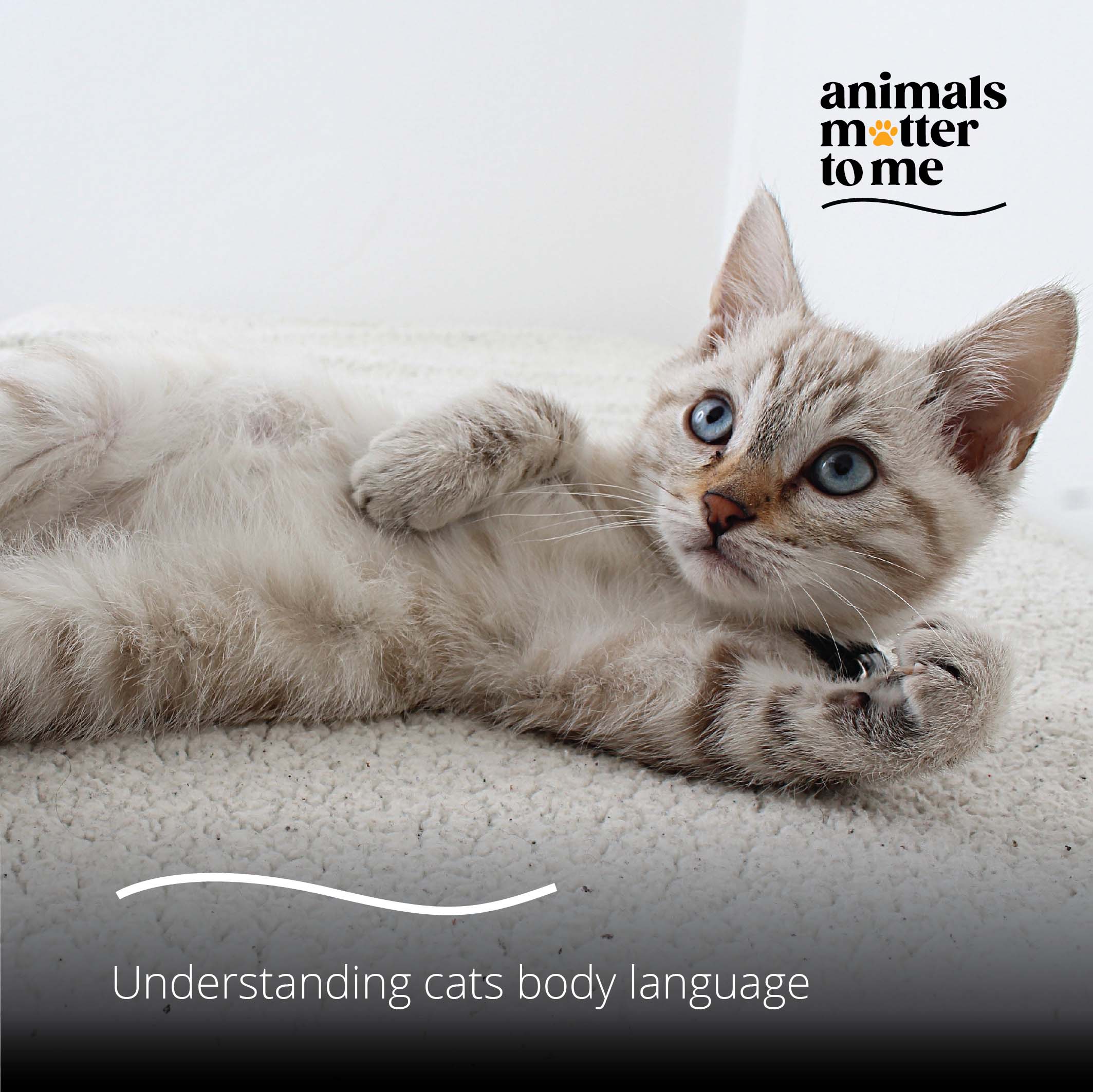 Today, we will help you decode a cat’s body language.

When a cat is happy, its muscles loosen and head will comparatively be in a calmer position than watchful turns. Ears will be in a natural position. While the ears might twitch in response to a noise, they won’t be swivelling. A happy, relaxed cat will let its tail extend and lie flat, and likewise the fur.

When a cat wants to play, it’ll show a lot of energy. The ears will be pointed up and  forward making the cat look alert. Pouncing is another sign that a cat is feeling playful. The cat may crouch with the hind end raised as if ready to pounce. Some cats will keep their tails down, seemingly getting ready to pounce. When playing, a cat may put itself  into compromising positions such as rolling on its back, something it would not do if it felt intimidated.

A scared cat has an arched back, raised tail, and standing fur. It might curl its tail around the body to protect itself from being grabbed or bitten. Hissing or showing teeth in defence is another common sign. It may flick its ears back and forth rapidly to monitor sounds. Alternatively, it may draw its ears down so they point sideways or lie flat against the head. The more a cat’s ears swivel sideways and backward, the greater the cat’s arousal or distress. Backward ears and a hiss or swipe ​are a sure sign the cat feels threatened or doesn’t like what you’re doing.

An angry cat will be rigid, with its tail held out stiff and straight or curled around and under its body. It could be hissing, spitting or growling. The ears will be tense, and flat back against the head, and whiskers will be stiff away from the face. Some cats might have round and unblinking eyes. It ook large and threatening, with fur erect, stiff front legs, and crouching.

When showing its affection, a cat rubs itself on you, often circling, or turning in little figure eights. The cat’s tail will be held high, often with a tiny curve at the very end, showing that it’s happy to see you. Head butts and chin rubbing are clear signs that the cat loves you, because cats have scent glands in their face that allow them to claim friends and objects as their own.

Cats are extremely good at hiding illness, so small body cues can be the first signs of trouble. Sick cats will have lower energy levels. The cat may lie in a crouched position with its head and ears down. If it’s in pain, it might lie down in a way to avoid making it worse. Eyes might look dull or glassy, and the ears will droop to the sides of its head. Whiskers might be pointing downward. It may hold its head, feet and tail very close to the body. You may notice eye or nose discharge, or drooling as well.

When you understand how your cat is feeling, you can better respond to its needs and have even stronger, happier relationships with them. So the next time you want to be sure of what the cat is trying to  say to you, take a meow-ment to examine its body language.

There are many ways you can help us. From covering medical costs and post-op care for animal rescues, sponsoring vaccination shots, celebrating an occasion by sponsoring a meal for our inmates at the animal hospital and at the animal sanctuary or even contributing to help us keep the facilities running , the choice is yours.
Donate Now
Donate

Why stray animals should be adopted

When we think of getting a pet, stray dogs and cats never come to mind because of the long-held perception that they are ‘dirty’ or ‘less than’ compared to expensive purebred pets that people generally prefer.

Most people don’t realise that strays are equally capable of being lovable pets in our homes as any fancy breed that can be purchased. Here are some reasons why you should adopt strays.

Cat Teeth Cleaning: Is It Really Necessary for Your Cat?

You might think that your cat is perfectly fine, but they might be in pain every time they have to chew their food. Read to find out how dental health impacts your feline companion.

Heatstroke in Cats & How to Keep Them Safe

While heatstroke in cats is not as common as it might be in dogs, there’s always a possibility that your cat can get it. It’s a life-threatening condition that needs immediate veterinary attention. Read to find out more about the symptoms of heatstroke in cats and ways to prevent it.

There are many ways you can help us. From covering medical costs and post-op care for animal rescues, sponsoring vaccination shots, celebrating an occasion by sponsoring a meal for our inmates at the animal hospital and at the animal sanctuary or even contributing to help us keep the facilities running , the choice is yours.
Donate Now
Donate
PrevPreviousMost common phobias in cats and how to help them
NextWhat Not To Feed Cats BlogNext

Other posts from the blog 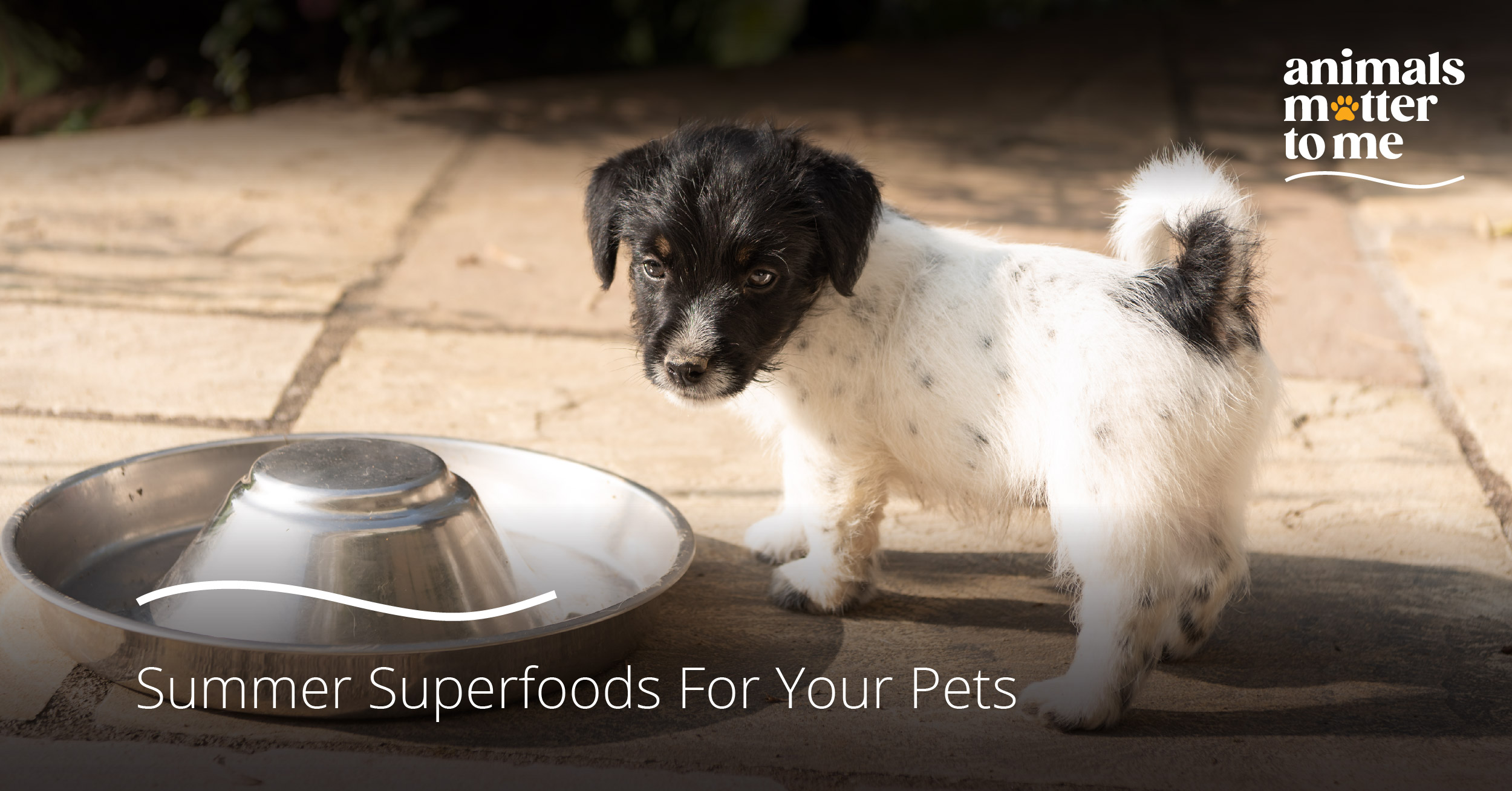 Summer Superfoods For Your Pets

Not sure what to feed your pets on hot summer days? We’ve got you covered with our nutrition tips and light, fresh, delicious foods that will have your pets salivating for seconds (and thirds)! 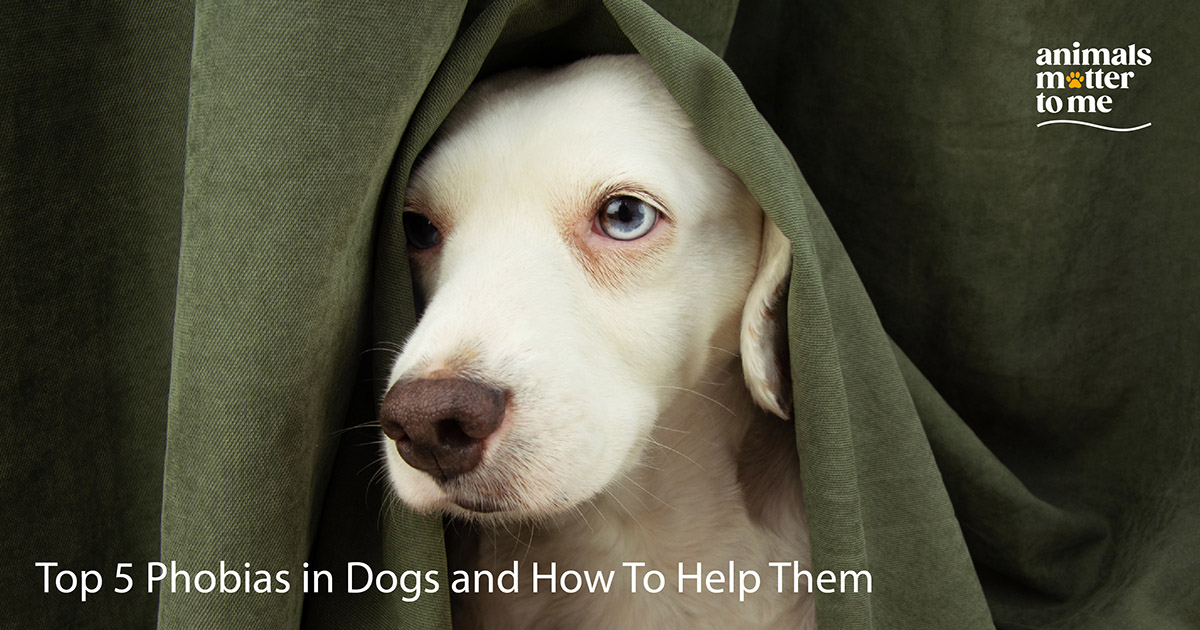 Top 5 Phobias in Dogs and How To Help Them

Animal phobias can have a variety of causes, including​ a lack of early socialization or a negative experience. We’ve listed below the 5 most common phobias experienced by dogs for you to understand and help them. 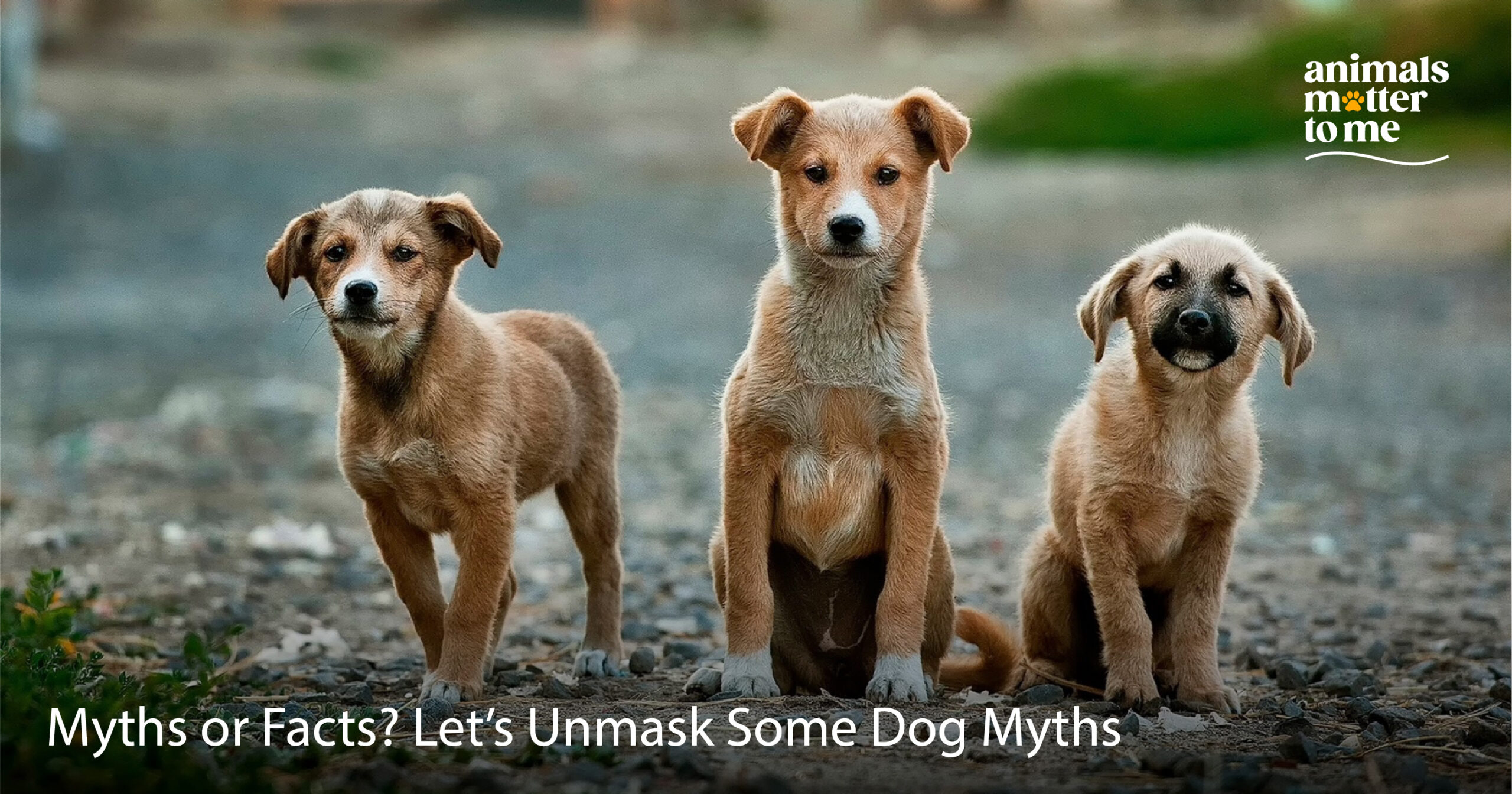 Animals Matter To Me (AMTM), Mumbai is a not-for-profit, legally registered charitable organisation in India.

AMTM is FCRA registered and can accept international donations.